The Minnesota Department of Education has moved the proposed new academic standards in math another step forward, starting the statutory rule making process.  This technical process can be lengthy, with multiple technical steps, and is estimated to run 14-17 months.  The public is being invited to comment on two dimensions of the standards. 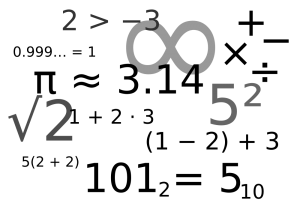 Under Minnesota law comments are limited to the proposed academic standards themselves.  Public comment on those is during a 60 day period that began December 28, 2022 and continues through February 27, 2023.  This process is conducted by the Office of Administrative Hearings and can be found here.

To provide more transparency to the process MDE has voluntarily opened a thirty day public comment period on the proposed new benchmarks. This comment period also opened in December and runs through 4:30 p.m. January 26, 2023. The comment survey can be found here.